Crafted Culture Brewing Company will take over the former Kindred Brewing taproom in Gahanna next month, making it the first Black-owned brewery in Central Ohio.

Owner Anthony Perry Jr. has worked in the beverage industry for several years at Spires Social, Mad Moon, Nostalgia and others.

“Working in craft beer sales in Columbus, I was typically one of the only African Americans at the brewery,” said Perry. “I found myself drinking with people, but by myself, on a regular basis.”

“It’s huge for me to come back close to the neighborhood where I grew up, in a respectable manner, doing something that someone else can aspire to,” said Perry. “For people to see that someone who grew up like you, looks like you, and walks and talks like you just opened a business, and you can be the next person to do it.”

Crafted Culture is leasing the taproom from the Local Cantina group, who acquired the former Kindred taproom last year along with the shuttered brewery’s nearby production facility, which Crafted Culture will be able to utilize for contract brewing, along with Derive Brewing, Somewhere in Particular Brewing and others.

Aesthetically not much will change with the taproom, though artwork inside and murals outside will be added to speak to the brand’s mission to “beer the changes we want to see in the world.”

Brewer Zac Baaske, who has previously worked with Perry at multiple breweries, will operate the brewery’s one-barrel pilot system, in addition to utilizing the aforementioned nearby production brewery.

“Zac is the man when it comes to farmhouse style beers, so that will be where we cut our teeth,” said Perry. “We’re really excited to make things louder and more experimental, more decadent even, with some of our stouts and porters. I can’t wait to put a vanilla wafer cake into a beer.”

Being the first local Black-owned brewery — in a metro area home to more than 50 breweries — is a milestone Petty is excited to finalize realize.

“Before I had brewed a beer, before I had a brewer to go into business with, before I had even homebrewed a batch, I was like ‘We’re going to be the first Black owned brewery in the greater Columbus area,’” said Perry. “I’m very excited for us to have a space where there can be comfort in consumption. Craft beer was started here in the 80s, so it took us almost 40 years to get the first Black-owned brewery in the city — hopefully the next one that pops up takes less than four.”

Perry said they have several soft openings planned throughout February, though an official opening date has not yet been set.

Crafted Culture is located at 505 Morrison Road in Gahanna. 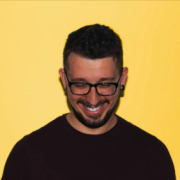